Over a period of two days, 22 to 23 December 2016 AD, and over five sessions, as mandated by the Symposium condensed schedule, a selection of prominent Mosul technocrats and well-known intellectuals met in the GORRION Hotel in Istanbul and deliberated important issues affecting Mosul, both current and in the near and foreseeable future. The attendees discussed the historical and future challenges. The attendees then discussed a set of basic principles and important strategic issues be it political, security or societal as defined between the majority and minorities. Moreover, they discussed the issues of displaced people, migrants, the crisis in education and rehabilitation of institutions and agencies. More importantly, they discussed how to return human awareness and comprehension after this bitter and cruel experience which has nothing similar in brutality and disastrous outcomes in history. The attendees discussed and dissected several views, visions and suggestions that can lay the foundation for a civil life in Mosul and the Nineveh Pan. The attendees agreed to continue work to support the following recommendations, proposal and demands:

First, This Constituent Symposium, attended by finest of Mosul personalities, is considered the cornerstone to a more inclusive future Conference on Mosul and Nineveh Pan. The aim is to make this “elite” pave the way for another Symposium during the year 2017. We hope it will be a year of victory and liberation for Mosul and all its boroughs within the Nineveh province, which is considered a complete Iraqi administrative unit inclusive of all its boroughs, towns, villages and localities. Any change in this legal and administrative status is unconstitutional based on the last presidential decree on this issue (resolution number 44 for the year 2016).

Second, The Symposium stresses that one of the basic principles of rebuilding the civil society in Nineveh is the criminalization of sectarianism and the rejection of the use of violence as perpetrated by ISIS or any other any religious, sectarian, racist, regional, tribal ideological or party affiliation at any time. In light of this, the Symposium urges the renouncing of hatred and holding grudges and the creation of state of social harmony, homogeneity and open mindedness as well as creating the factors to establish and new awareness that will be the foundation of civil life we call for including the removal of the ISIS affects from the daily lie in all of Mosul. It also includes the adoption of a new unifying literature through the upgrade of educational curriculums and the modernization of media available in the Nineveh Pan to support and enhance the establishment of the civil society. It is important to note that children and women in Nineveh deserve to be a priority in the rehabilitation process because they were subjected to the harshest conditions of adversity that Mosul witnessed, and they are the most deserving for support and being included in the rehabilitation program.

Third, The Symposium salutes the efforts of the Iraqi army, the Kurdish Peshmerga forces, the Nineveh Guards and other patriotic factions as well as all the honorable fighters inside. We observe the progress of the heroic armed forces in the streets of Mosul and ask them to be more vigilant in in the care for the lives and properties of the people who are still in the combat areas and battle zones on the ground and under the skies during the battle for the reclaim of Mosul from the ISIS terrorist group. Consequently, this Symposium calls for strengthening the security of Nineveh in order to maintain stability within Mosul and in it regions especially with the unanimously held thoughts that Nineveh could be threatened with perils and be a target of local and regional agendas and conflicts after the liberation. Therefore, it is of importance that the security file and undertaking be held by the people of Nineveh themselves exclusively. The Symposium calls on the international parties to stand by the people of Nineveh in their effort to maintain security independence and autonomy. The Symposium, also, stands by and supports the Nineveh local police and security forces that are participating in the reclaim of Mosul as the nucleus force for the reestablishing in the province since is it is formed from the people of Nineveh and deserve immediate international and independent support when it needs and requests it in order to maintain security and drain the sources of terrorism in the city and its surroundings and to prevent any attempts by parties to politicize the security file in Mosul for their own benefit and exploiting the ISIS file for private political gains.

Fourth, The Symposium highlights the overdue and weak Iraqi Government institutions and procedures in dealing with the affairs of displaced persons who had to migrate under blasts of bombs. The Symposium holds the Iraqi Government to its constitutional responsibilities to restore essential infrastructure and services to Mosul and its outskirts rapidly in conjunction with the advances of the Iraqi forces to guarantee the basics of life in the liberated areas. Consequently, the Symposium rrequests that Nineveh be treated with exception in the traditional articles of the budget and in the process of governmental bureaucracy to address the immediate and urgent needs of the citizens of Nineveh.

Fifth, The Symposium appeals to the international community, governments and organizations for the serious contribution to aid Mosul and Nineveh Pan and support the reconstruction that cannot be supported by the local or central governments. This includes the mega projects such as establishing essential foundations for water, electricity, health and transport as well as rebuilding the social fabric and urban environment through reconstruction of the torn down bridges and the decimated institutions. Those organizations include the United Nations and it affiliates such as the UNDP which is responsible for rebuilding liberated areas, World Health Organization WHO, Food and Agriculture Organization FAO, UNICEF, UNESCO, British Museum, Library of Congress, UN Refugee Agency UNHCR, World Peace Organization, and Human Rights Organizations as well as all the governmental and non-governmental organization that will participate in the re-construction since Nineveh, in general, and Mosul, in specific, are in dire need for their support being a devastated city be it the devastation that affected the human specially the children and women, to the to the ancient ruins, libraries, museums, schools, colleges, universities, factories, banks, companies and all amenities. This is an appeal for a practical aid to rehabilitate the crews from the citizens of Nineveh and increase their financial and human capabilities to achieve a proper and efficient saving for Mosul and all the province.

Sixth, The attendees renounce all barbaric methods and violence perpetrated by ISIS and caused a genocide of Yazidi religion by killing men, enslaving women and forcibly recruiting children into the ranks of the ISIS terrorist organization. The Symposium calls for the implementation the demands of Yazidis as citizens with rights that guarantee dignified, safe and stable life and compensate them for their losses bee it material or otherwise. Attendees also renounce the crimes of forced displacement for all Christians, Shabak, Turkmen Kurds, Arabs and all the people of Nineveh. The Symposium categorically rejects forcefully compelling and imposing wills against any spectrum in the community of Nineveh by the parties that have open or hidden agendas for changing demographics to Mosul and Nineveh Pan, and abdicating any decision affecting the people of Nineveh and its citizens. Therefore, no local or regional agendas should work to exploit the exceptional circumstance of Mosul and it regions during its occupation by ISIS, or the subsequent period of weakness and confusion in the city until the local Nineveh police be able to handle the security and stability after the withdrawal of the army and all other forces involved in the operation.

Seventh, The Symposium calls for enacting laws and introduce legislation as quickly as possible to remove all traces of aggression defining the ISIS occupation of Mosul. The Symposium all call for the activation of the necessary legislations to prosecute and hold accountable all those who committed crimes against humanity under the cover of ISIS and terrorist affiliations as well as all those who contributed and helped the Organization in committing its crimes of murder, abduction, captivity, displacement, kidnapping, child abuse and manipulation, interfering with the public domain, steeling public money, banks, government departments, institutions, Mosul historical documents and official records and all that related to public private financial collections. The Symposium calls for the compensation of those affected due to their losses on the hands of ISIS with the formation of specialized committees that hold executive and audit processes to quantify and account for the amounts of damages and compensations. The attendees also call for the formation of a special funds account for reconstruction of Mosul by two committees, one executive and the second supervisory, formed from well-known and prominent member of Mosul community who are known for their honor and integrity and are representative of the complete spectrum of the Mosul society. This account will hold all the donations made by the contributing countries and organizations and all spending will be conducted under extreme scrutiny and strict supervision.

Eighth, Nineveh, with its population count and geopolitical influence in Iraq, deserves a broader representation on the nation and consequently a new administration with executive powers during a basic transition period after liberation. It is possible that this period included a popular referendum that decides the type of political and administrative system that province adopts as a part of a unified Iraq. This is a needed process for the post ISIS era where all administrative and political protocols be changes since the suffering of Nineveh far exceeds those of any other province even those that were under the rule of ISIS even if this requires the tabling of new legislations giving special powers to aid in the rehabilitation of Nineveh. The attendees support any valid projects aiming to uphold the best interests of Nineveh and build a bright future for its children.

Ninth, In appreciation and pride of the sacrifices made by the citizens of Nineveh and its center, the steadfast and forbearing Mosul, whether those who resisted ISIS and martyred doing so or those who were besieged and were held prisoners in their own homes under the brutal rule of this terrorist organization and its dark and primitive policies for more than two and a half years. The attendees call for the erection of a large monument that will remain ingrained in our Iraqi memory as a symbol to those generous sacrifices. This monument to be built in the heart of the “mother of the two springs” city to stand witness to the end of a dark era in our history and the launch of a new history making the first day of liberation a national holiday for all Iraqis and a special day for the children of Mosul and their province Nineveh.

Finally, the participants in the Symposium “Mosul: changes and expectations” hope for the enactment of those just demands for the sake of the return of Mosul and Nineveh to normal life with the hope of convening the next symposium God willing.

Chairman of the Preparatory Committee for the Constituent Symposium:

Published and will be published in all media Arabic, translate it into world languages in the international media 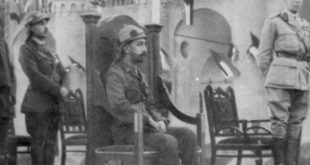 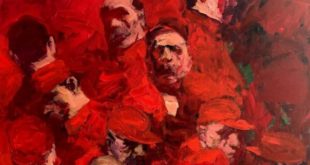 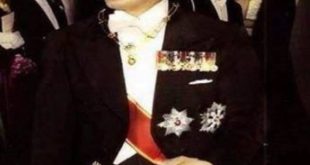 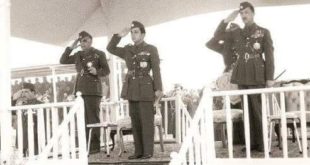